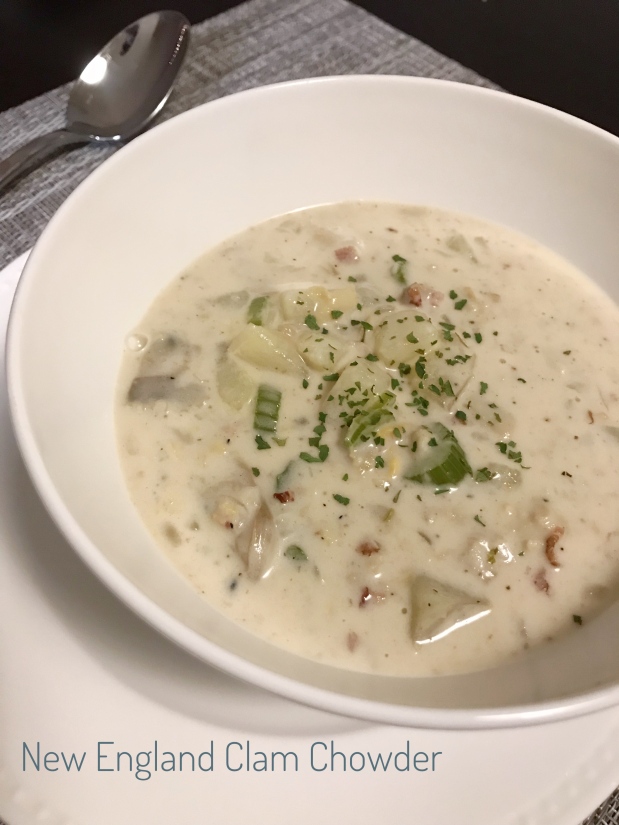 Sometimes I get this crazy-insane need for something. An all-encompassing desire for a particular dish. To scratch the itch, I’ll go out to a restaurant for it and if its a good day and all the stars align, I’m sated. But more often than not, I’m left thinking, “I’m just going to have to make this myself.” Ive never made clam chowder, and the best chowder Ive had this far inland was made by a chef I worked with once. I’ve not seen or spoken to her in years but I searched the files of my brain to replay the day I remember tasting the best clam chowder ever.

I was probably making bread pudding or sandwiching cookies and ice cream together when it was Chef’s turn to make soup. I paid little attention to what she put in it at the time, but for some reason as I was thinking about it, every ingredient she put in it came to mind–although it might have also been crossed with another chowder she made, so I’m pretty sure if its not the exact elements of her clam chowder, it has the elements of some other chowder. Either way, I made some damn good chowder.